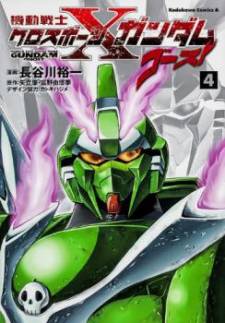 Universal Century 0153. 17 years have passed since the "Steel Seven" defeated the remnants of the Jupiter Empire. As a new conflict brews between a Side 2 faction known as the Zanscare Empire and the League Militaire/Earth Federation a high schooler on Side 3, Font Baud, is hunted by Zanscare special forces when he discovers their secret Newtype weapon. However, he encounters a little girl, who is accompanied by a blind man and is rescued by the strange return of a mobile suit that defeated the Jovians.

Chapter 21: The Mermaid with Legs

Chapter 20: Beast in the Jungle

Chapter 15: Can The Bell's Tolling Wake The Sleeping Phantom

Chapter 13: The Cage Of Thoucus

Chapter 7: Gathering On The Lunar Surface

Chapter 6: Is The Butterfly Flying?

Chapter 5: A Long Look Back Or Did Something Happen In Outer Space?

Chapter 3: A Messenger from Thocus