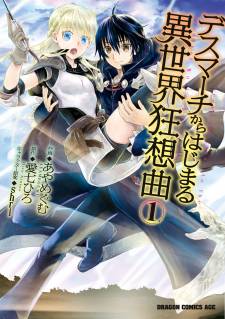 29-year-old programmer Suzuki Ichirou finds himself transported into a fantasy RPG. Within the game, he's a 15-year-old named Satou. At first he thinks he's dreaming, but his experiences seem very real. Due to his use of a 3-time-use special power (meteor shower), he ends up wiping out an army of lizardmen and becoming very high level. He hides his level and plans to live peacefully and meet new people, though developments in the game story (like the return of a demon king) might get in his way.

Chapter 84: The Travel Across the Large River

Chapter 81: The Uproar of the Gururian City

Chapter 77: The Bank of a Large River

Chapter 70: The Hometown of Dwarves

Chapter 69: Departure from the City of Muno

Chapter 67: Sera of the Tenion Temple

Chapter 61: The Line Defense At The City Of Muno

Chapter 56: A Friend of the Giants

Chapter 55: The Village of Little Giants

Chapter 53: The Barrier Wall of the Mountain Tree